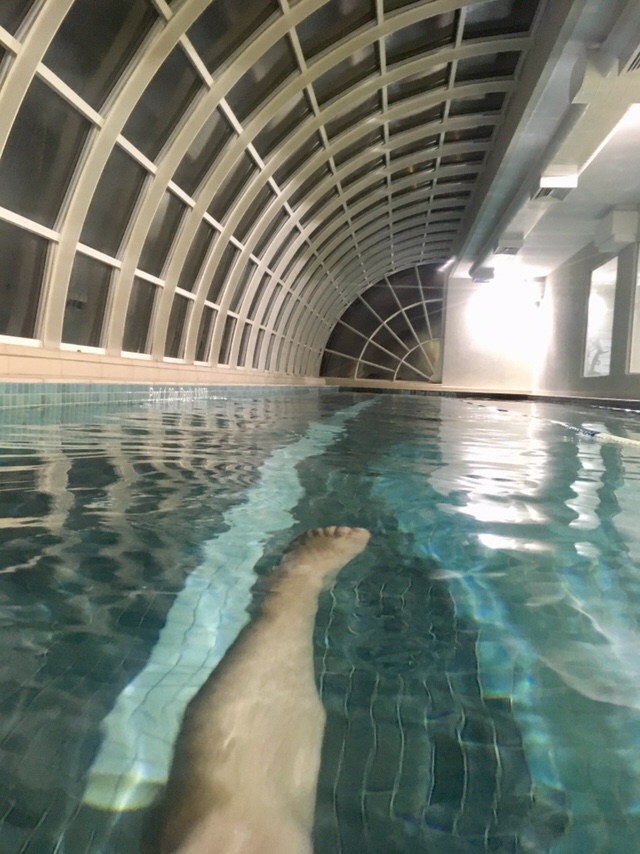 I had planned for my big swim week to be May 13-May 20, but a new role in work and an unscheduled trip to Brazil for the new job threw that plan out.

As such and as is often the case plans had to be altered. I don’t truly plan my swim schedule, I don’t make a plan, like many people I know, I don’t plan out for months in advance. Generally I know the distance of the race, what I think I need to do, to be capable of swimming the race, I listen to my body, I have some ideas in my head and then I wing it.

From my earlier blog, we know I swam a lot of miles in April, so May was more about 1-2 big number weeks and then just evening it out.

So with the new work schedule I pulled a big week forward and did a 51km Swim week on May 6th-13th. Things I discovered during this week

*Physically it was fine

*its really difficult to find time to swim that much

* it left me really hungry

* this does not guarantee anything on race day, but I feel more comfortable that I can give it a good shot.

The following week I then went to Brazil.

This was definitely not in the plan in my head. I managed a few swims, no open water, however I can now say I have swam in South America so that’s a nice bonus.

I also discovered that post work dinners in Brazil are really slow, like 2-3 hours. This for someone who due to swim and dog commitments tries to maximize available hours was challenging, I also generally like time in my own head and the efforts to make small talk night after night during the long dinners versus just being in the water was also tiring.

As a complete aside point, the coffee drinking was surprising, as someone who does not drink any coffee, the idea of people having expresso at 9pm was impressive. Overall it was an interesting culture to watch.

So now here we are less than 4 weeks to race day and we will just need to see how it goes.